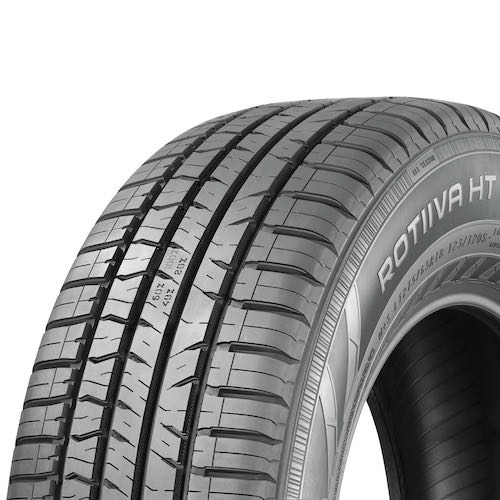 The concept of Ultra-High-Performance tyres, or UHP-tyres that they are more commonly referred to as tyres for high-speeds. Traditionally it has more been discussed when you discussed summer tyres, but now there are also some winter tyres available that are UHP. For summer tyres, the range has been wider as many manufacturers produce them for the range of fast cars. High-performance vehicles are more common in Central Europe mainly due to the roads are allowing higher speeds than the Nordic countries, for example.

With the German Autobahn that allows for certain parts with no speed limits, it becomes essential that the high-powered cars are matched with the proper tyres with a speed rating that matches the speeds you might be driving at. Driving at speeds that exceed the speed rating of your tyres can lead to heat build-up in the tyres that can lead to a tyre explosion. This is why you must check the speed rating of your tyres if you have a high-performance sports car, as driving with tyres that have a too low speed-rating can be dangerous if you then drive faster than your speed rating. The heat build-up in the tyres can cause a tyre blow-out.

When it comes to the winter season, not everyone wants to drive their sports cars during the winter. This is often true with extreme sports cars like Ferrari, Lamborghini and Bugatti, to name a few. Many brands thought have made SUVs versions of their cars that combine high performance with the ability to drive even in winter conditions, so more and more are choosing to use these cars during the winter season.

For the winter season, you need to match your vehicle with UHP winter tyres that can handle both the high speeds and the challenges of winter weather. They need to have a good winter grip and still have good performance at high speeds on dry motorways at high speed. If you are driving an SUV, you need to make sure that they have the correct dimension to fit an SUV. If your SUV is a hybrid, you need to make sure that the tyres are recommended for use on an electric vehicle as they are heavier, so you have to worry about the speed rating. You might also have to consider the load rating.

With UHP tyres, you have to make sure that you also check the tyre wear to know when you need to change the tyres for a new set and when you will need to rotate the tyres. You will often rotate the tyres when you change between summer and winter tyres, but you might have to do it more frequently, depending on the tyres wear. It is recommended to rotate when you detect a difference in the wear of more than 2-3 mm. If you notice that you have less than 4 mm of tread depth, it is recommended that you change all the tyres to a new set for optimal performance.

For more information regarding UHP tyres for both summers and winters, visit: https://www.nokiantyres.com/