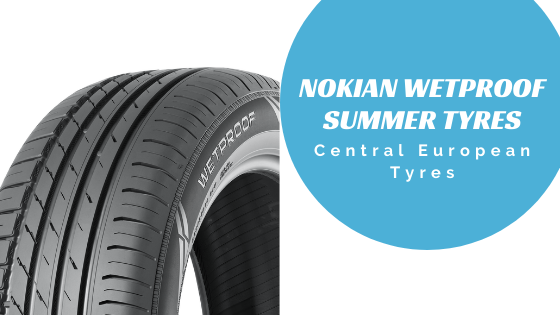 Buyers of electric and hybrid vehicles tend to be looking for a combination of enjoyable and environmentally responsible driving experience. When choosing car tyres for a hybrid or electric car, it’s essential to consider what makes them different from traditional cars. Electric cars and hybrids use battery packs which make them heavier than a conventional petrol-fuelled car. The extra weight increases the need for an excellent grip as it becomes more critical to allow proper braking. At the same time, the whole reason for driving an electric or hybrid car is to reduce the ecological footprint. This is why the NokianTyres become the premier eco-friendly choice, as they have low rolling resistance and are able to decrease the amount of energy used for each and every trip. Nokian Tyres offer a range of low rolling resistance tyres in their line-up of tyres, which include everything from summer to winter tyres, and all-season tyres, for small and large vehicles. Thereby extending the distance that an electric car can travel on each charge.

By striving to be the best in class for the environment, it led Nokian Tyres to be the first tyre manufacturer to receive ISO 14001 environmental certification. All the raw materials that are used are the least harmful option. They have also been the first tyre manufacturing company to eliminate harmful oils in the tyre compounds. They use only purified oils in their tyre production and have eliminated toxic and carcinogenic chemicals. Nokian Tyres have self-imposed strict science-based targets to lower greenhouse gas emissions; these are in line with those of climate science. Nokian Tyres have managed to reduce energy consumption for their tyre production by 2.5% per production ton. When choosing tyres from Nokian Tyres, you are picking tyres that are good for you as well as for the environment.

If you are environmentally conscious, then you should make low rolling resistance a high priority with your next tyre choice. You need to keep in mind the importance of properly inflated tyres. It is also important to buy tyres from an environmentally conscious company. Even though eighty-five percent of the tyre’s carbon footprint is generated during its use, the other 15% comes from how they are sourced and manufactured. It is important to try to reduce it from all possible angles and strive to always think in an environmental way.