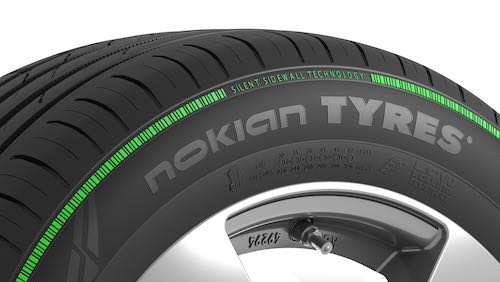 After having invested in a hybrid or electric car, you might think that you have done all that is needed for the environment. This, however, is not so. Did you know that the car tyres that are on your car are equally important as the type of car you choose? This is because there are things like “low rolling resistance” tyres that can further the distance the car travels on a single charge, thereby lowering the environmental impact.

It is also important to know what the car tyres are made of.  The Nokian Tyres company is a tyre manufacturer and a pioneer in the field of environmental friendliness and one of the first tyre companies to use only purified low-aromatic oils in their tyre production, so no toxic or carcinogenic chemicals at all. They have been on the forefront of this when it comes to the global tyre manufacturers.

The company Nokian Tyres has tyres for every season that are recommended for hybrids and electric cars. Tyres like the Nokian Wetproof, which is summer tyres take advantage of many new innovations to provide the most cutting-edge technologies, which allows for an ultra-high performing tyre that doesn’t compromise durability and fuel efficiency. Technologies like special base compounds that reduce heat build-up in the tyres polished lateral and inside grooves to reduce aquaplaning, silent sidewall technology that gives a quieter ride, as well as “Silent groove design” that reduces whistling noise while cooling the tyres to reduce wear.

This company has also taken many other measures for the environment, like recycling used tyres (almost 100 per cent in the Nordic countries and 95 per cent in Europe); they have installed solar panels to produce renewable energy, with about 47 per cent of all energy being produced in their factory coming from renewable energy sources. They also joined the Global Platform for Sustainable Natural Rubber (GPSNR)which helps improve respect for human rights, prevent land-grabbing while protecting biodiversity and water resources.

For more information on choosing tyres for a hybrid or electrical car, visit https://www.nokiantyres.com/